Learning to Serve the Dying 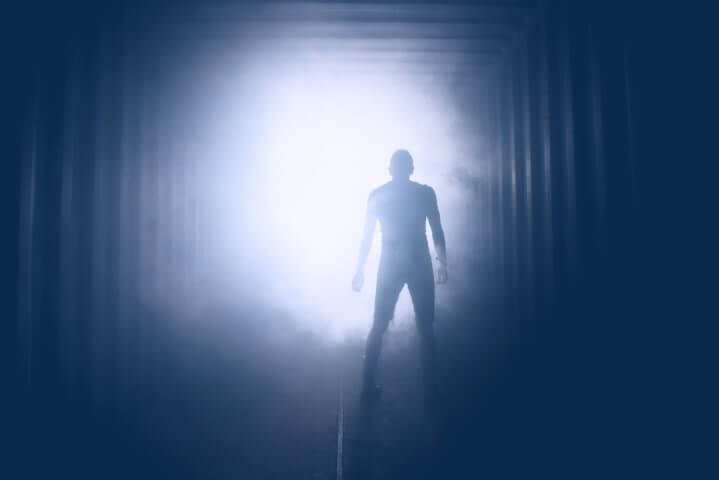 Cheri Rigby always knew she wanted to work with the dying. As a registered nurse, she was exposed to death frequently, but she believed that more support was needed for those who were facing it. Through an unfortunate circumstance, she was given the opportunity to make a difference.

“There was a tragedy — one of my very best friends,” Rigby recalls. “Her daughter was a special needs child. She choked on a Fruit Roll-Up and died. This was a little girl who was at my house all of the time; we spent a lot of time together. When Sophia died, I was sort of the closest person to that, because my friend didn’t have any immediate family. It was a life-changing experience for me. I saw that raw emotion firsthand with my friend, and quite honestly, instead of it scaring me away, it drew me in.”

For Alua Arthur, it was meeting a stranger on a bus in Cuba, a young lady who was dying of cancer. Arthur says she engaged the woman in conversation about her inevitable death, and it sparked a fire that she says could not be contained. “I thought, Wow. We’re all going to do this at some point. Why aren’t we all talking about it now? Who are the people to support people through this? On that bus I got super clear this was going to be my work, yet I didn’t really know how.”

“There’s a lot of medical support in dying, and there’s some emotional support, as well, but I find that death doulas do a great job of tying it all together.”

Arthur and Rigby eventually found their way to becoming what is called an end-of-life, or death, doula – a professional who provides nonmedical caregiving services to people who are dying and to their families. Among the extensive services an end-of-life doula can provide are vigil sitting, vigil planning, respite care for family members, legacy projects to memorialize the life of the soon to be deceased, care coordination, and comfort to the dying person, through techniques such as massage and guided visualizations.

Many end-of-life doulas, also known as death midwives, say they are there to complement the care provided by hospitals, senior-care facilities and hospices, as well as to fill in the gaps that occur during the dying process. “Although hospice is wonderful in the death and dying field, they don’t have the hours and hours and hours that the doulas have to really, deeply, get into this work,” says Janie Rakow, a practicing end-of-life doula for nine years and president of the International End of Life Doula Association (INELDA).

“There’s a lot of medical support in dying, and there’s some emotional support, as well, but I find that death doulas do a great job of tying it all together and having knowledge about a vast array of subjects,” says Arthur, who has been a death doula for five years.

End-of-life doulas bring their skills and expertise to various environments. “For the most part, I would envision that doulas would be practicing at someone’s home,” says Francesca Arnoldy, lead instructor in the University of Vermont End of Life Doula Professional Certificate program. “Caring for someone who would want to die at home, ideally with the support of hospice or palliative care, who then adds the doula in as an additional layer of support. But a doula can be hired to go into an assisted living facility or independent-living facility or even a respite house, hospice house – all of those are also options for doulas.”

“[End-of-life doulas] figure out with the family where they are at, what do they need, what’s causing them to become overwhelmed, what kind of services are they looking for.”

The Larner College of Medicine at the University of Vermont and partner Cabot Creamery Cooperative offer an eight-week online End-of-Life Doula Professional Certificate program. “Our program is comprehensive. On average, people probably spend about 80 to 100 hours on this work,” says Arnoldy.

The first thing an end-of-life doula does is work with the client to determine the services needed.

“They figure out with the family where they are at, what do they need, what’s causing them to become overwhelmed, what kind of services are they looking for,” explains Merilynne Rush, registered nurse, a practicing doula for 10 years and co-owner of the Lifespan Doula Association. “Different doulas offer different kinds of services.”

“It’s being present enough to know what the patient and the family need — things like hand massage, foot massage, encouraging self-care for the family,” says Rigby, who recently completed the University of Vermont program. “It’s very much embracing the entire scenario. It’s not just about you and the dying person. You have to be able to read the situation well enough to fine-tune things.”

Many end-of-life doulas find similarities between their role and that of the more commonly known role of a doula, aiding with childbirth. “Waiting for a baby to be born and waiting for a person to die are very similar in terms of the skill set required,” says Patty Brennan, an end-of-life doula with a background in birth and postpartum midwifery, and co-owner of the Lifespan Doula Association. Brennan says both circumstances require the ability to be fearless, patient and calm.

There is no oversight credentialing body for end-of-life doulas, but there are programs such as those offered by INELDA, the University of Vermont and the Lifespan Doula Association that offer training and certification.

Rakow, the INELDA president, says there was a demand for this type of doula service that led to the creation of her organization, which, along with training and certifying individuals, educates organizations such as hospitals, hospices and senior-care facilities to start their own programs. “People were hungry for it. We kept hearing from people, ‘How can I learn about this? Why doesn’t this exist anywhere else?’ “

“Waiting for a baby to be born and waiting for a person to die are very similar in terms of the skill set required.”

Some doulas have private practices, and others work in connection with hospices, hospitals and community organizations. “We try to forewarn people that if you’re planning to become a private-practice doula, it’s really going to take initiative,” says Arnoldy. “You’re going to have to develop your business and your role in the community and your reputation. You’re not going to look in the newspaper and find a job ad.”

In addition to services provided, many are spreading the word and trying to teach the public more about death and the role of a doula. “Word of mouth has really been useful, but also creating opportunities for people to learn about the work,” says Arthur. “I think part of the reason why we’re not inundated with requests is that people don’t know that it exists. A big part of my work is in public education – letting people know that these services exist and that there are people to support them in their time of need.”

And practitioners say the work is its own reward. “It’s not depressing,” says Rigby. “It’s very powerfully motivating. It’s like a wake-up call that feeds your will to live fully. This is a common thread that folks who work with the dying understand.”