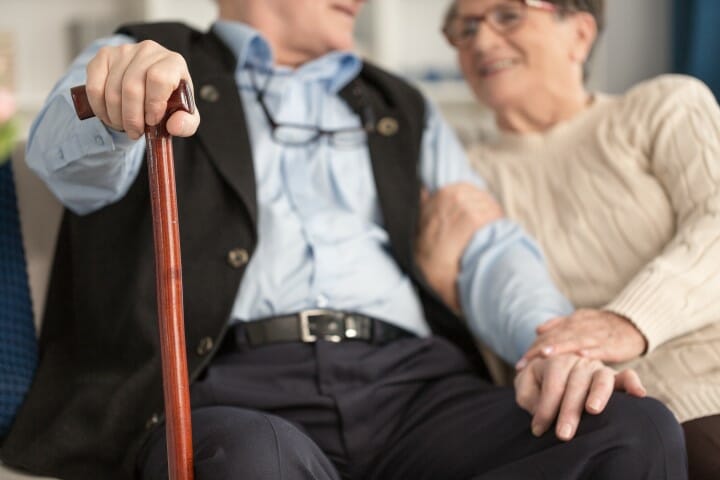 A recent AARP survey found that 76 percent of adults 50 and older want to live in their home as long as possible. Yet as their physical, functional or cognitive needs mount, some are reluctant to accept the help they need, which can compromise their safety and eventually jeopardize their ability to stay in their home. “In my clinic I frequently see patients where I know they need help at home, they’re really struggling, but they don’t want to have help,” says Lee Lindquist, M.D., chief of geriatrics at Northwestern Medicine in Chicago. “There’s a switch that goes off when people reach their 70s or 80s where they don’t want people coming over to help.” After seeing this pattern again and again, Lindquist began to wonder, Why do older adults resist accepting the help they need? and What can be done to overcome this resistance?

To find out, she and her colleagues held a series of eight focus groups with adults age 65 and older living in and around Chicago and Fort Wayne, Ind. During the meetings the participants discussed their concerns about remaining in their home as they age and their reasons for being reluctant to accept help there. As the participants discussed their concerns the researchers identified four common themes and then encouraged everyone to brainstorm effective strategies for overcoming their reluctance. The findings were published in the August 2018 issue of the Journal of the American Geriatrics Society.

Here are the primary reasons older adults don’t want to accept assistance, along with their suggestions for ways that family members and caregivers can help older adults look at the situation differently and overcome their reluctance.

If they become unable to complete basic tasks at home, many older adults in the focus groups said they wouldn’t want to ask for help because they worry that it could lead to a further loss of independence. “They feared it would be a slippery slope and they’d end up being sent to a nursing home,” Lindquist explains. In a separate study involving 8,881 adults age 65 and older, researchers in Australia found that the fear of losing one’s independence was second only to the fear of losing one’s physical health, both of which were underscored by a fear of being admitted to a nursing home.

Reframe the concept of independence to reflect “that everyone is dependent on each other in some way,” Lindquist says. From the time we’re born until the time we die, most people depend on others to some extent. It’s a matter of relative independence and autonomy, in other words.

Reason for reluctance: Not wanting to be a burden on others

Focus group participants feared that asking for help would burden their loved ones who already have plenty to do; some even felt it would be degrading to have to ask. It’s a common refrain: In a previous study, researchers from the University of Pennsylvania found that older adults often express concerns about not wanting to burden their adult children and complicate their busy lives.

Reason for reluctance: Lack of trust

Some people were concerned that by accepting home-based care, they could be taken advantage of or exploited by their helpers. Others worried that they wouldn’t know whom to trust and that that would make them vulnerable.

Think of yourself as in the driver’s seat because you can interview multiple people, ask for recommendations and check references. Once you start working with a helper and it goes well, the trust issue becomes easier to manage, Lindquist says.

Reason for reluctance: Not wanting to lose control

This fear stemmed from participants’ belief that asking others to help with or take over a task (such as grocery shopping) that they had done previously meant relinquishing control of the situation or that area of their lives.

Remind yourself that “you’re the one in control because you’re doing the asking and you can name the time and place,” Lindquist advises. Also, remember that “if you’re open to help, you’re more likely to stay in your home longer.”

After completing the focus groups, Lindquist and her team created an online tool called Plan Your Lifespan (www.planyourlifespan.org) to help older adults, their family members and caregivers better communicate and plan for possible home-based needs. “It was built for seniors by seniors, and it helps people plan for their 70s, 80s, and 90s — what we call the fourth quarter,” Lindquist says. “It’s about empowering older adults and helping them figure out what they want for the future. This way, they have a say before they get sick or injured or there’s an emergency.